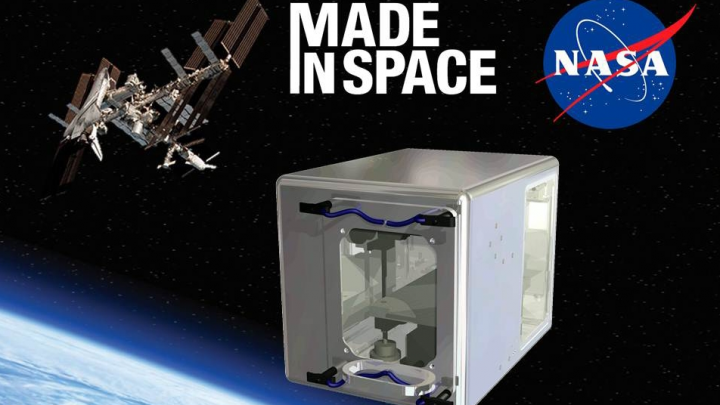 The astronauts over at the International Space station have access to the top gadgets ever made, yet you may be surprised to know that their printing solution is an Epson 800. The trusty machine stayed strong for 17 years.

When Epson passed the offer by NASA to develop a new solution. HP took the opportunity and developed a custom printer, the HP ISS which is designed to work in zero gravity and in multiple orientations. To compensate the lack of gravity in space, HP redesigned the printer with a special tongue which is used to help the paper sheets as they come out of the printer.

The HP Envy ISS made it to the space station on board a SpaceX Falcon 9 rocket.

In order for the printer to work in the space station, HP had to figure out several little quirks like waste ink management and making the plastic flame retardant.

The space station goes through two reams of paper a month, using it for important mission documents and personal letters.

HP’s printer was developed with the help of Canada’s zero-gravity research facilities. Before the printer went into space, it was tested inside National Research Council Canada’s (NRC) Falcon 20 aircraft.

Canada is the only country where this test can be carried out as they have aircraft capable of achieving zero gravity for a significant time frame.

The aircraft would climb as high as it can and then nose dive towards earth creating zero gravity conditions for the test. The Falcon 20 project began in 1994, it is the first time the aircraft has been used for testing printers. This is the only way you can achieve zero gravity, without leaving the earth’s atmosphere.

The NRC program of Canada is the perfect project to test microgravity says, most researchers out there, the pilots on board the Falcon 20 are able to see the gravity readings in precise measurements.

The aircrafts maneuverability was praised by many when the aircraft was developed in the 1990’s.

NRC’S cyclone program is able to precisely simulate microgravity which is very similar to the international space stations conditions. But because of the radical parabolas, the aircraft has to take to achieve zero gravity.

It might not be a good experience for anyone onboard. The name Vomit comet was given to the earlier zero-g programs just because of this fact.

A phenomenon called G-glitter happens in this phase, similar to what the space station also encounters. The linear velocity which tries put you off into space is balanced by the earth’s gravity, hence everyone onboard the space station is in a state of continuous freefall.

The main challenge in the testing phase was pressing the print button as it was deemed that it required 15 to 25 seconds to complete the printing.

This procedure would be done at the apex of the parabola. Pressing the print button at the right time was very important for the test. All the team was relieved when the Envy ISS printer passed the test with flying colors.

More of the Envy ISS printers will be made available as HP plans to invest more research into the program which will also be helpful for their 3D printer development.